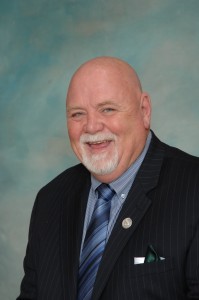 Sports and education – those were the two things that shaped Jim Hopson’s life, and helped him shape many others.

Born in 1951, Hopson was raised in the North Annex, an area centred around 1st Ave North that wasn’t officially part of Regina yet. Being distinct from the larger city made the Annex “a pretty self-contained neighbourhood,” Hopson recalls, “almost like a small town.” Small enough that the locals all knew one another, it was a place of stability, long-lasting relationships – and accountability for any mischievous kids.

“It’s not like you’re an invisible person.” Hopson says. If he “did something stupid,” like toss a rock at a car, “somebody would yell at (me) and say ‘Jimmy Hopson, smarten up or I’ll tell your mom!’”

There weren’t many cars to toss rocks at, of course. Hopson’s family, like most others, didn’t own a vehicle. They walked or biked to the small grocery stores studding the area to get their groceries, and bought fresh produce from the back of a truck that drove in once a week. And since they lived in a house that wasn’t yet connected to the sewer system, the produce truck wasn’t the only important vehicle to come through each week.

“We had outhouses in the backyard, and the honey wagon used to come down the alley every week and change the pails.”

Growing up, that realm of grocery stores and outhouses, with open ditches in place of storm sewers and small farms still scattered about, was Hopson’s world.

“To me, that was Regina. I didn’t go much out of that area.” But being raised within the confines of the Annex created a sense of local camaraderie that Hopson remembers fondly.

“I’d be kidding you if I told you this was a Leave-it-to-Beaver kind of upbringing, because this was a tough, scrappy area … but there was still that sense that this was our area. We might fight with each other, but boy, you’d better never pick on one of us, because we’re gonna come together.”

Hopson attended Kindergarten at Highland Park School, at the site of what’s now the Highland Mews housing development. Like almost all North Annex youth, he then moved on to Imperial elementary and Thom Collegiate high school. But most of his memories were made outside school, during the neverending quest to find entertainment.

“You didn’t sit around the house,” says Hopson, whose small 3-bedroom home housed him, his parents, and four siblings. “You had to get out and you had to do stuff.”

“Stuff” meant almost anything that could be done outside. With an obligatory “be safe!” from his mother, he’d set out to spend full days gopher hunting, swimming at the Regent Park pool, or building snow huts in winter. He also played countless pick-up games of street hockey and baseball – but it wasn’t until grade 10 that he took up football, the sport that would shape his future.

After graduating from Thom in 1969, Hopson signed on with the Regina Rams junior football team. Unsure of he wanted to do with his life, he found a mentor in the Rams’ head coach Gord Currie. A longtime teacher and principal, Currie encouraged Hopson to follow in his footsteps by getting an education degree. It was a life-changing idea.

“I would never had gone to university if there hadn’t been something that drew me there,” says Hopson. In the North Annex, education “was valued, but it wasn’t seen as possible for a lot of us.”

With the help of a scholarship from the Rams, Hopson enrolled in a two-year education program, becoming the first in his family to go to university. Always a good student, he helped pay his way through with academic scholarships, graduated with distinction, and went on to spend a year teaching in the town of Ceylon – playing for the Rams all the while.

Returning from Ceylon, Hopson successfully tried out for the Saskatchewan Roughriders. He spent four years as an offensive linesman, helping carry the team to the 1976 Grey Cup. But he hadn’t forgotten his love of teaching: Hopson spent his first two years with the Riders finishing his bachelor of education, and the last two as a high school teacher in Lumsden.

In all, Hopson spent 30 years as in the field of education, eventually becoming a principal in Lumsden and Pilot Butte, and later the director of education for what is now the Prairie Valley School Division. Throughout his career, he was a champion of school sports and other activities.

In 2005, just as Hopson was feeling ready to retire from education, the presidency of the Roughriders opened up, and he found himself back at the football club he’d played for three decades earlier. It was a major career change, but by no means out of sync with his past.

“My career has been football and education, that’s kind of it. They intertwine very much – I’ve been pretty fortunate that way.”

Football has also intertwined a bit with Hopson’s childhood – his team’s home stadium sits in the same neighbourhood where he grew up. It’s a fact that’s not lost on Hopson, and he’s worked to build a connection between the team and North Central, including starting a program that hires locals to do the cleanup after Rider games.

Hopson now lives on the shores of Last Mountain Lake, but often returns to visit his old neighbourhood.

“I’ve had a remarkable life, in my opinion … but I always remember who I am and where I came from,” he says. “You can take the kid out of North Central, but not the North Central out of the kid.”